Take a scroll down Webpage Lane to see recent projects ↓ 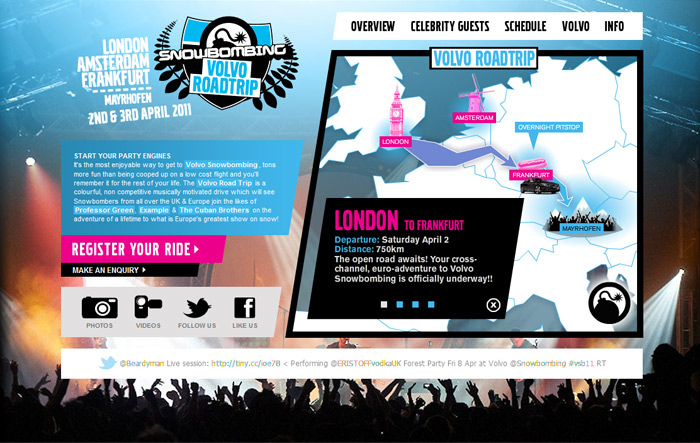 Microsite design and build including custom jQuery and interactive panel.

An in-house web design and frontend build while I was Lead Designer at Techdept with a 'science/tech/precision laser-cut' feel. Built using .less CSS and custom jQuery functionality throughout.

A custom layout grid, respectful of common display ratios, was developed to display content via interchangeable panels. Stark, bold colours of a limited palette add to the minimal approach, with not a gradient or rounded corner in sight. 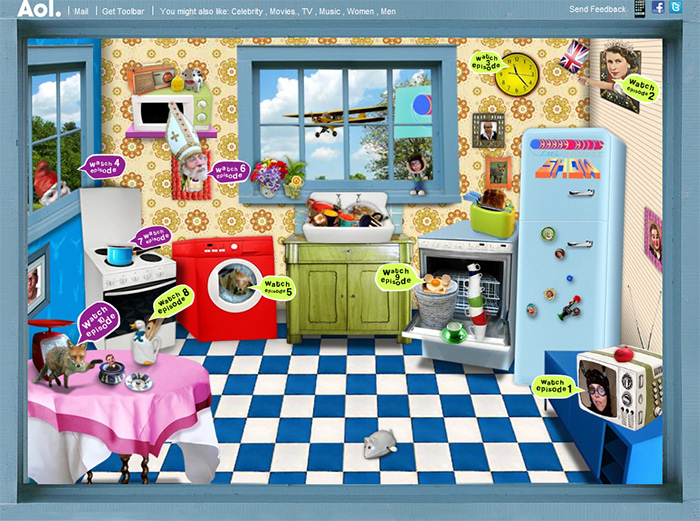 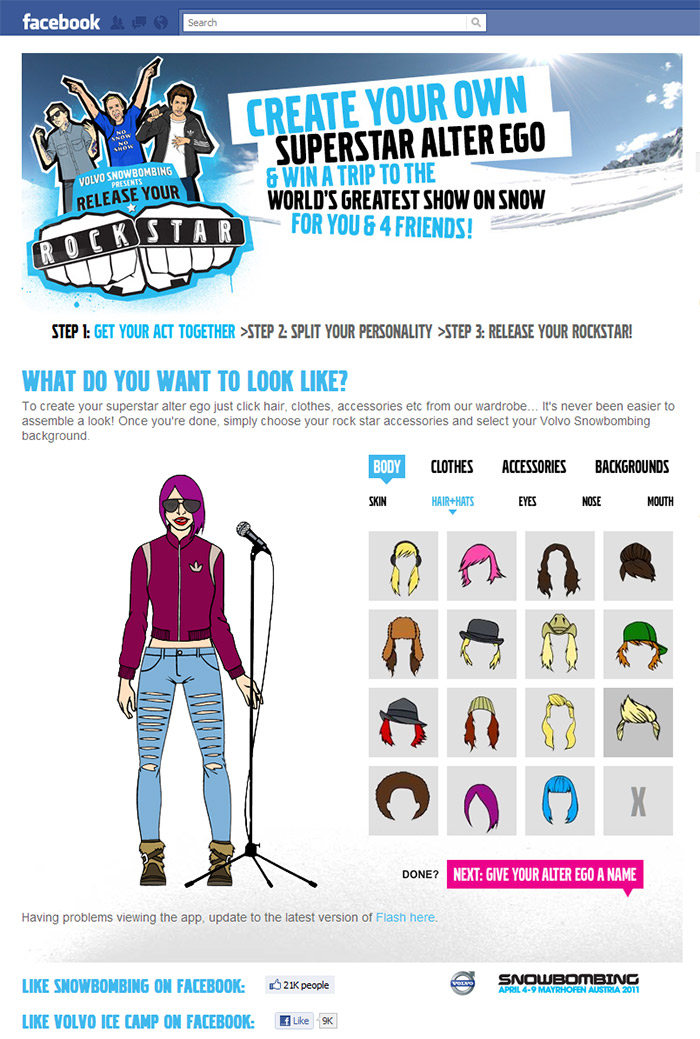 Design and frontend build of both Facebook tabs and a Flash 'character creator' where Facebook users can create and share their own character. Illustrations by Flameboy. 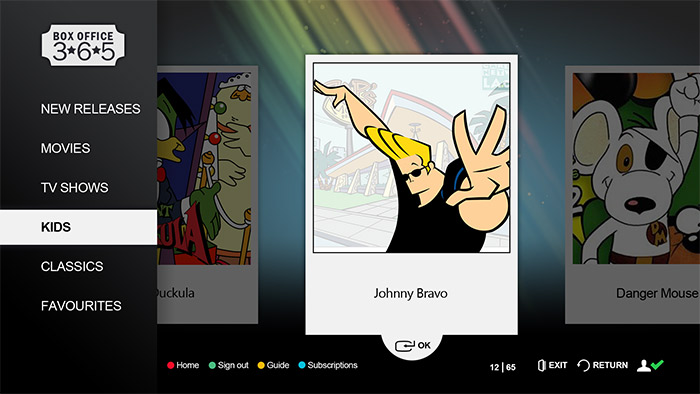 I was lucky to have the opportunity to design the interface for soon-to-be-launched IPTV channel 'BOX OFFICE 365' from internet TV pioneers BiBC. The polished design takes into consideration various IPTV screens and their differing degrees of processor performance. Certain visual flourishes such as drop shadows can be dropped from less capable screens as the technology uses standard web languages (HTML, CSS, JavaScript). Further visual design considerations centred around text size vs user/screen distance, careful use of brighter colours and avoidance of hairlines in the design.

The initial user experience research involved various wireframe approaches in order to determine the most suitable user journey for accessing the on-demand content. 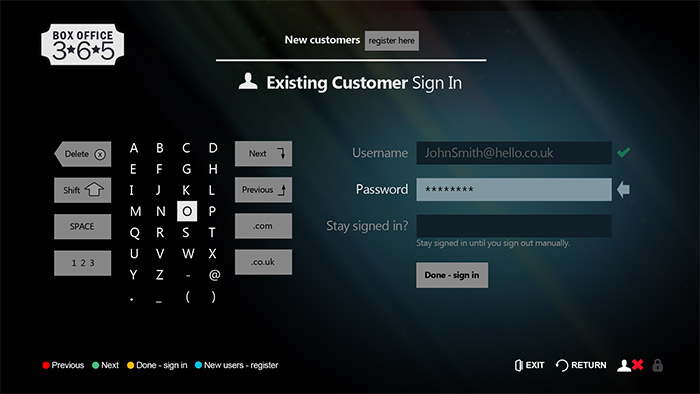 The interface allows for easy alphanumeric input and visual feedback is given as the user progresses through any input fields. 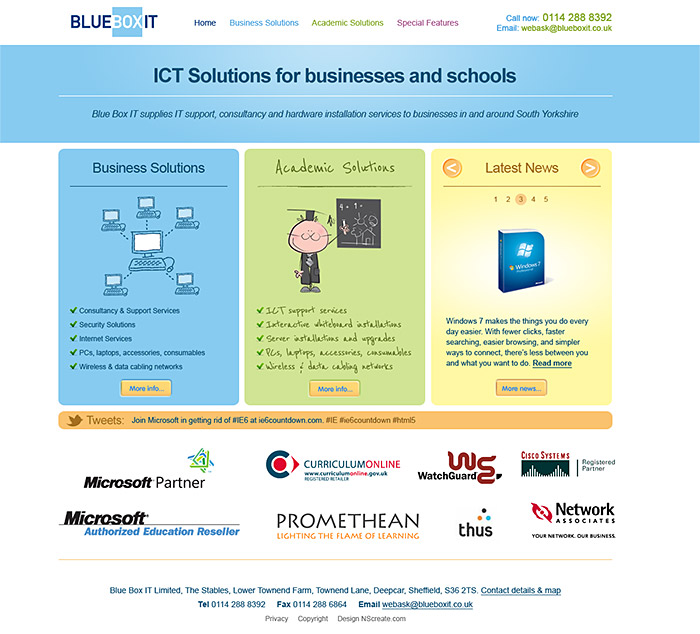 Web design and build with CMS for a local IT business. Character illustration commissioned especially for the site from the excellent Ian Dutton Designs.

A project for the NHS, providing sexual health resources for local young people. Design and build included all artwork for the header illustration which was used as campaign material from beer mats to billboards. 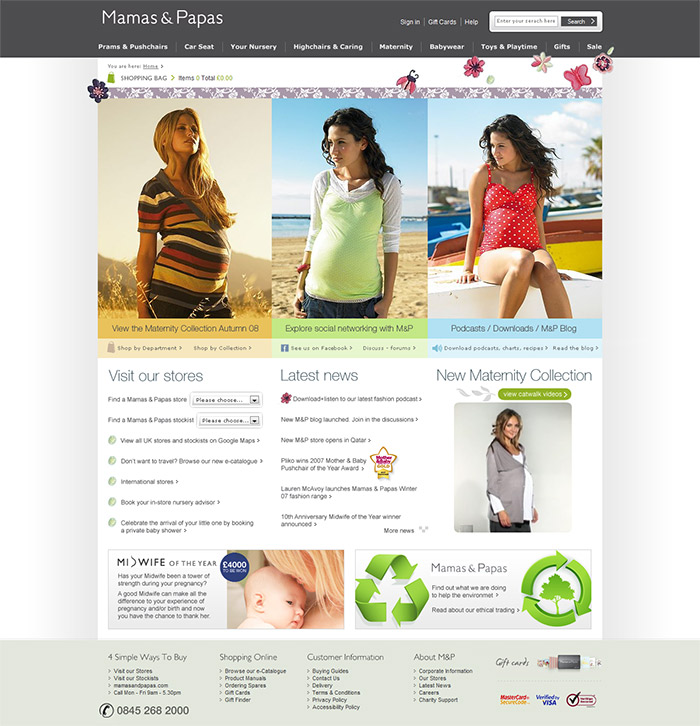 An interesting exercise in UX, my task was to design a multi-stage online application form for ICAP's charity customers. 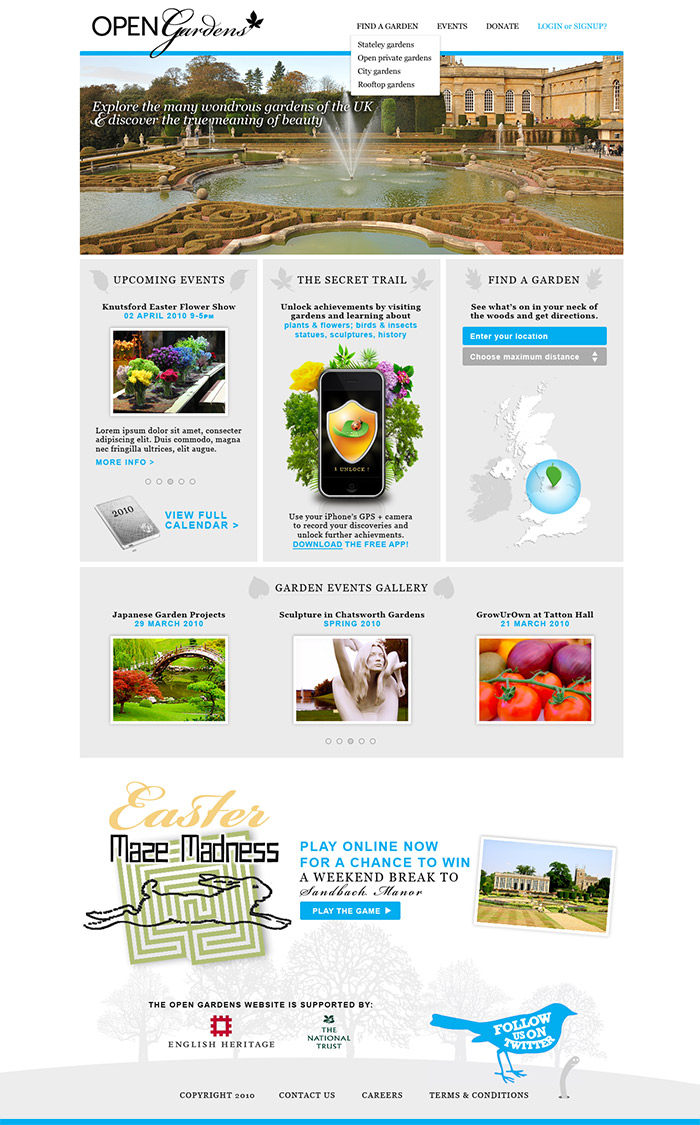 Concept designs for geolocation-aware site which promotes various public and also privately owned open day English gardens. The site encourages visitations and participation by use of mobile apps and their 'checking-in' features. 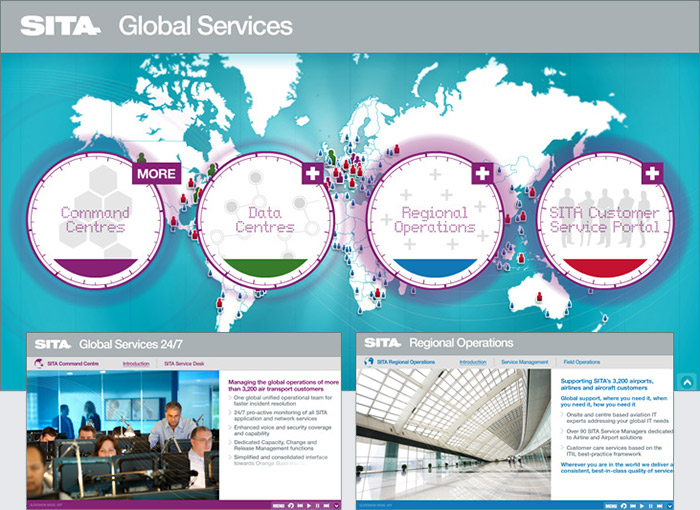 Working with brand material for this global air transport IT company, I created a desktop + online animated presentation. 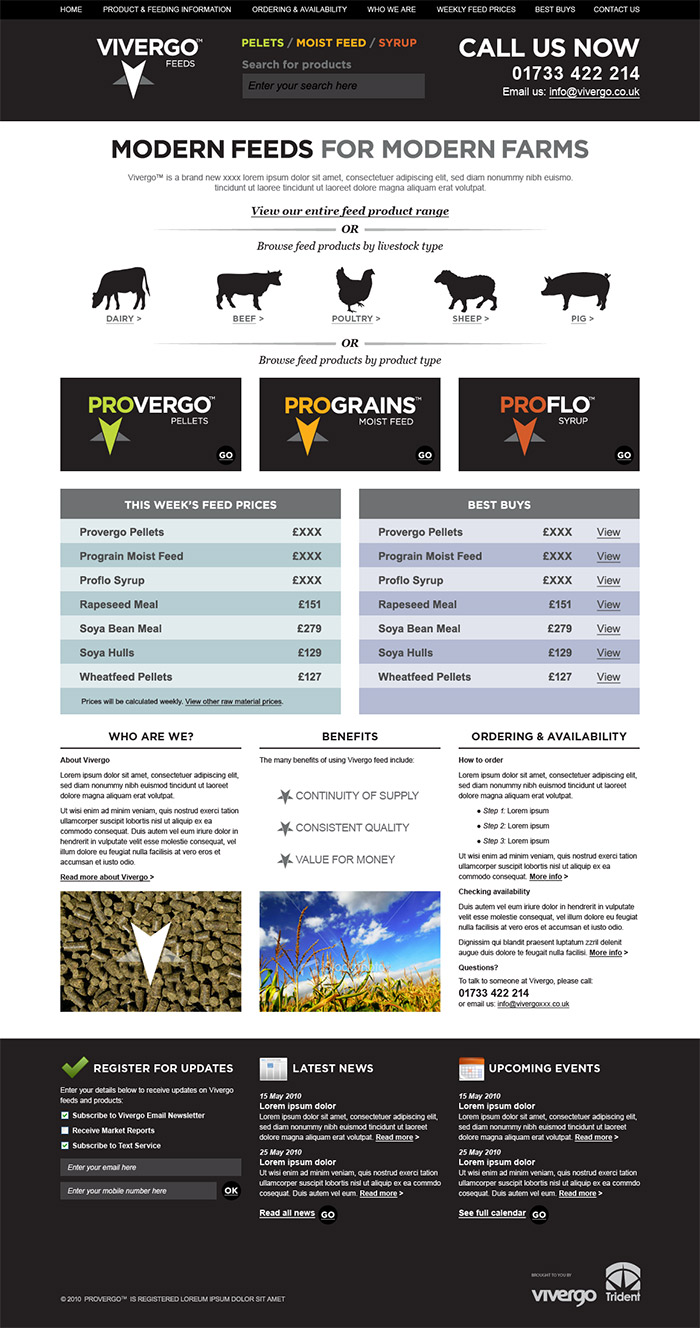 Concepts for Farm Feed eCommerce site, with the aim of making the route to relevant products much easier. 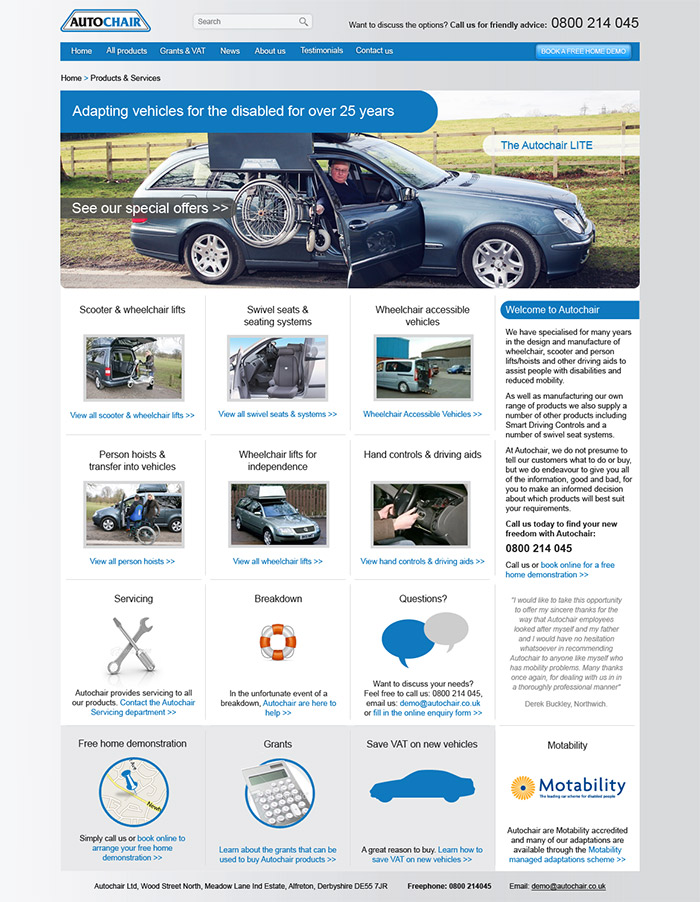 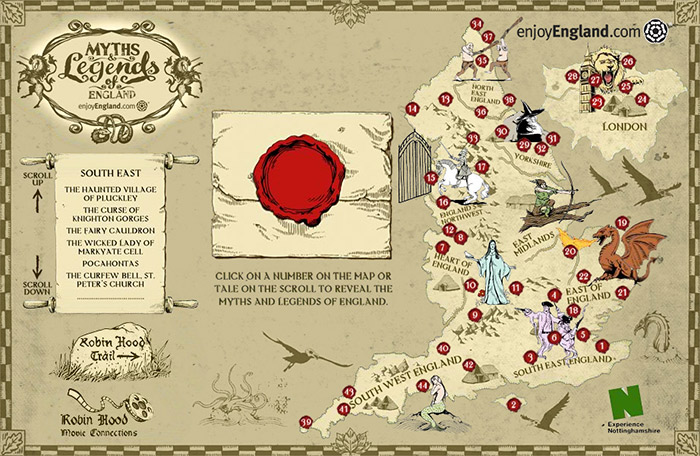 Flash promotion feature for EnjoyEngland.com, via agency Front; illustration by Joe Wilson. My task: to code the Flash with sorcery and animate the characters with fairy dust. A task that was right up my street and was well received. Great teamwork all round. 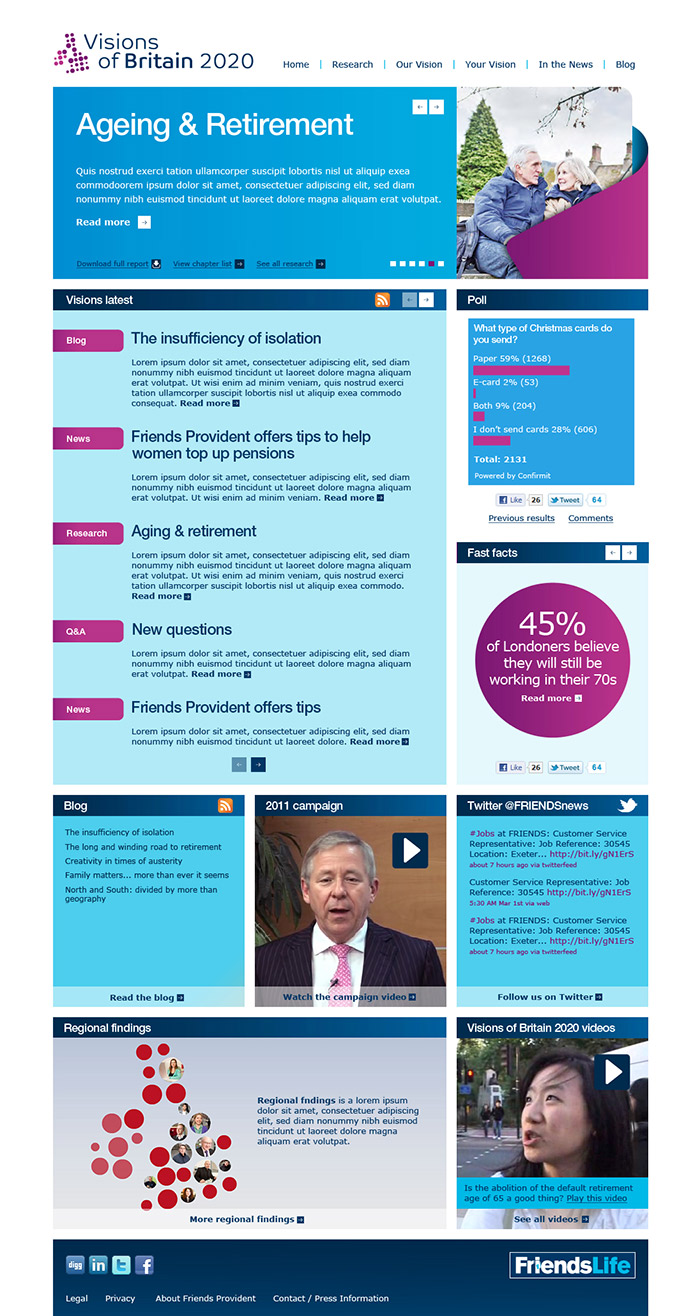 A redesign based upon very strict brand guidelines and short time frames.

My task: to expand upon and refine the online brand guidelines for the company's various aquiired sub portals. Responsibilities included initial photoshop designs followed by HTML + CSS development of practically all html elements, forms, menus, tables, popups, typography etc. These code snippets were then documented and delivered via a bespoke CMS as a guide for international TNS portal employees.